Behind on the Blogging! Stepping Down Easy Street!

While Kathy is in MA for her father's funeral and Randy is in Ohio for his brother's funeral I have been home sewing and sending my prayers and love out to both of them and their families.  They say bad things come in threes, so I am not sure what we will be hit with next.  Kathy's father was 85 or so and ready to go be with his wife but Randy's brother was only 51 and it is such a sad thing to bury your younger sibling as Randy and several of his sisters had to do.  So since Coleman and I are holding down the fort here I have been sewing.  I made this Zip up bag for Mac.  He loves Batman and anything comic.  Already filled it with bathroom supplies and wrapped it up for him. 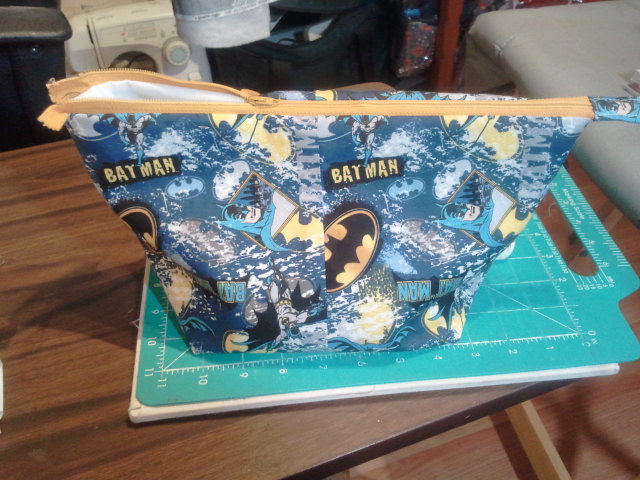 I talked to Kathy on the webcam last night and made this Moth in the Window block while we gabbed.  Recognize the plaid?  It was the back of my Dad's quilt.  Love seeing those fabrics turn up in other quilts! 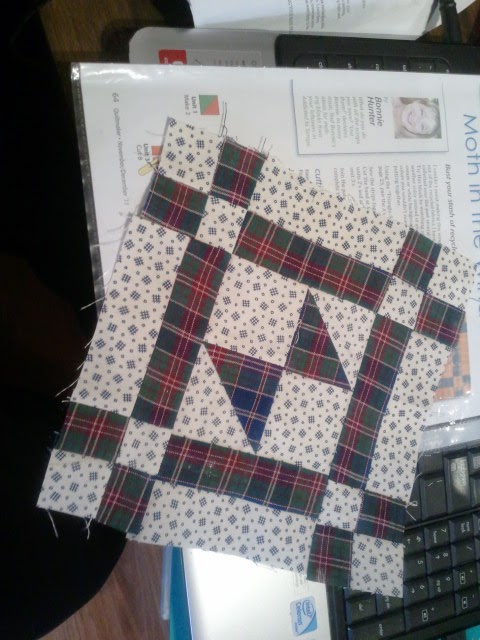 This morning after some cleaning and organizing and fabric folding, Becky came over and we worked on clue three of Easy Street.  We both finished it off and got in a few spools too.  We both agree we are loving Bonnie's color choices! 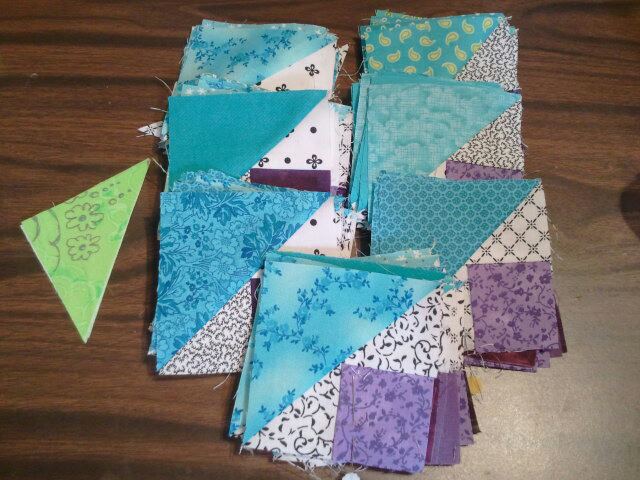 Here are all the parts for the mystery so far. 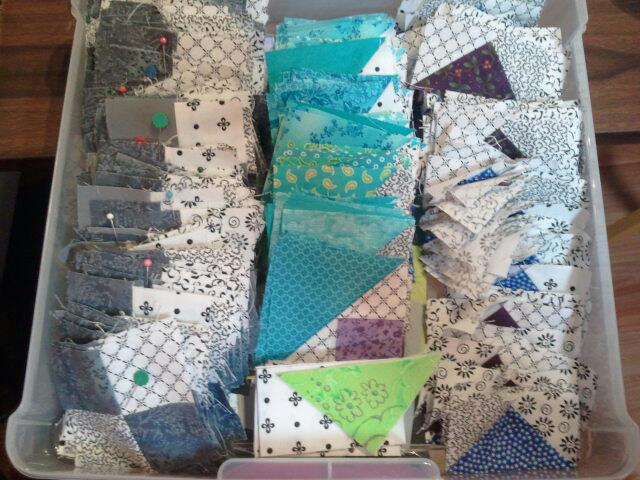 Here are a few of my spools.  Got more cut too, really need to sew more!  Linking up to Bonnie here  Bonnie's mystery Monday link-up.
Grab your cup and meet me there. 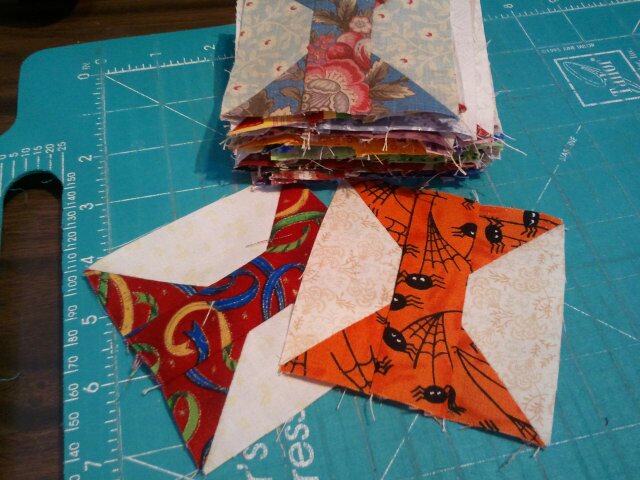 I made a pair of pillowcases for Reid (my cousin's son) for Christmas too.  Hope he likes them.  I need to make a pair for Kathy and I too.  We got new sheets and since we have six pillows on the bed we need more pillowcases! 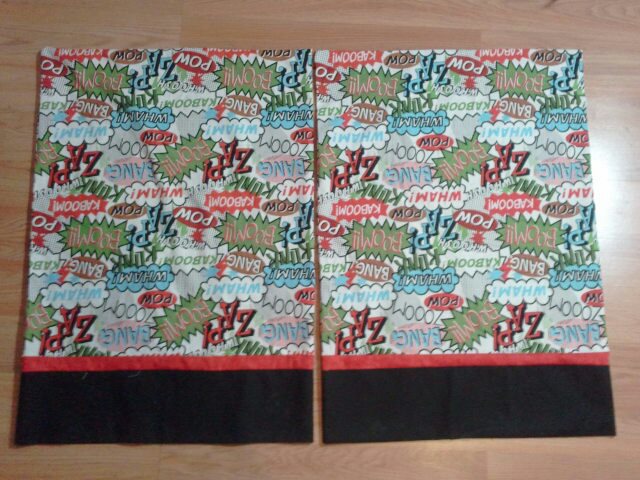 I also dug out all my half square triangles that were bonus triangles and trimmed, and trimmed and trimmed them for pinwheels--clue two of Tobacco Road.  I have 25 blocks made and have trimmed all the rest of the hst's so I can make more tomorrow.  I hate the trimming, but am happy to use up leftovers from Carolina Christmas and I am not sure what all else!  Made the eight half four patches today too. 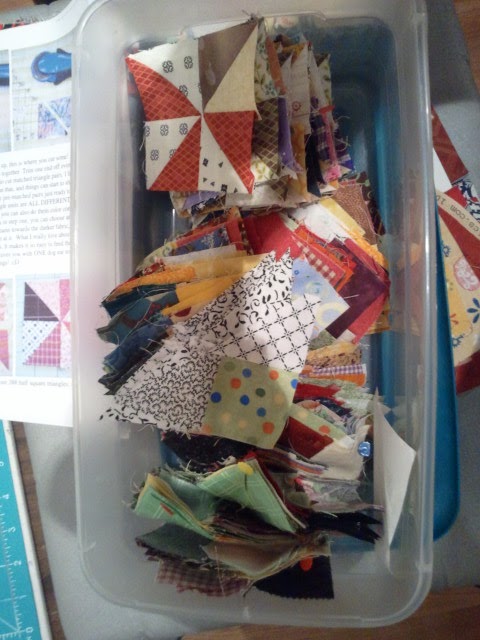 Tomorrow Kathy (sewing buddy) invited Becky, Barb and I over to sew.  I am sure some will be finishing up Easy Street clue three, Becky has some Christmas items for her kids she wants to sew, and I think I will work on pinwheels for Tobacco Road.  Or I make take spools, or both!
My oldest son turns 26 on the 9th (today since it is after midnight now) so he and I went and saw Red Dawn which was really a good remake to celebrate.  It was nice, he and I haven't been out by ourselves in forever. Went to the late movie and it wasn't crowded at all so that was nice.  Now I am free to sew in the afternoon and should still be home in time for the Packer game!  I hope you are getting in some sewing!
Posted by Andee at 12:44 AM
Labels: Bonnie's Easy Street Quilt, Bonnie's Moth in the Window, Bonnie's Tobacco Road, Little Zip Up Bags, Pillowcases, Spoolin' Around

Wow your MOJO is flowing right now. I am hoping to sew my step 3 today, I cut it all out before work on Friday. Then I do like you did, a little on this project, then a little on this one, and this one too. Keeps me from getting bored, glad I am not the only one that works on 5 or 6 things at once.

Easy street is looking good, you are so lucky to have someone to work along with.

was getting lined up with your own quiltcam complicated? I'd love to do that with a group of friends!
Sharyn in Kalama

Yahoo another person in Arizona doing this -- I'm in Tucson and have no-one to sew with (well my 4 cats pound on the sewing room door) but that's it :-) Happy Sewing! 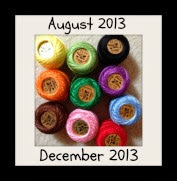