For whatever reason only one picture worked in this post....then I forgot about fixing it...
So I have a crazy life and it has been more hectic than usual!  In March we had a long weekend during spring break to Puerta Penasco/Rocky Point!  We went with a group of people we had only just met and made lots of new friends.  We plan to go back next year with the same group and more.  It was tons of fun!
﻿

Then RedforEd happened and I was off my regular teaching job for over a week, but I was out coordinating interpreters and interpreting at the capital everyday.  I had another two seconds of fame on the news all over the place, whoot.

I finally got to work with Linda Bove from Sesame Street. It was fun to have two CDI's (certified Deaf interpreters) work with us the first day.  After that it was me, Christine and Madison daily with a few others here and there when they could help out but we were on everyday.  I learned a lot about the government and sat in my first legislative and senate session.


Kathy and I even went to Pompeii during all of that wearing out shirts...great exhibit and I am glad we finally found time to see it!

So a couple of weekends ago I finally sewed for the first time in forever!  Kathy did too!  First I put the binding on this quilt that I had gotten back from Ros forever ago.  I was planning to gift this one to my best friends son and his new wife this month but now I think it might b smaller than I was thinking and I may give them Grand Illusion instead.  I need to make some room in my cabinet anyways.

I cannot believe I still have not finished the 35th Ave. BOM from last year (we did not do this year's).  SO I fixed the backwards arrow in this block, made both of the December blocks since Kathy was working to catch up on On Ringo lake and then set them out to see what they will look like once they are together.

We sewed the next weekend too and Kathy continued On Ringo Lake.  I finished cutting everything we both need for all the steps.  I finally ironed my blocks that I had sewed at Barbs so long ago I forget when!  I then sewed all my corner parts and laid out a few blocks just to get the idea of what it will look like.  I think I will be calling this one "On Green Bay" instead of On Ringo Lake.  I really like how it is coming along even if it has taken longer than any other Bonnie Mystery ever!

And in other news, I survived my first (second attempt) year at teaching ASL at the high school level.  It was a hard first half of the year, but kept getting better.  I am looking forward to next year and expect it will be even better now that I have survived that learning curve and many of the students that were not mine will have moved on and only a few will be left this year.  Really hard to unteach and to fill in things that they did not get when I only discover what that stuff is as I go!  So graduation went well and several of my kids signed the music--they did a fabulous job and I was so proud of them!

I had mom and dad and my brother to my house for Mother's Day and we gifted Mom a day at the Crowing Glory Tearoom in Fountain Hills.  She has always wanted to do a high tea, so we did that yesterday.  The food was delicious, so many deserts!  I tried Devonshire cream for the first time and WOW that is good, rich stuff.  The maple scones were my favorite though no one else likes maple..so I got the leftovers too.  I have gained a few pounds and I am going on vacation to Wisconsin on Monday for two weeks...after that will get my butt back into better gear.
I have had some health stuff going on which may turn out to be serious but am waiting for MRI results to know for sure.  I will just be happy to have some answers as I am tired of everyone telling me I just need to take it easy and slow down...I have known something was really off for awhile and it just keeps getting worse.  I did get blood work results back last night and my B12 is really low.  That could actually wind up being a lot of my problem instead of what I have been thinking which is MS.  However I have no left knee reflex and other symptoms that are not explained by low B12 so who knows?
The trip to Wisconsin will include the third annual mother daughter Spring trip...with my teaching we had to move it to June and we decided to add in my son and the honeys for a day so it will be different than usual.  We decided to go to Door County, Wisconsin as I have NEVER been there at all!  That way I could make it home and be there for my best friend's youngest son's wedding--I missed the oldest one's a few years ago.  I cannot wait!  My daughter broke up with her man and got back with her ex fiancé from six years ago.  So sort of a new gang again.  She is happy though and says he has always been the one.  Will be fun to see how much he has changed in the past few years..I have not seen him in eight or so years I think. 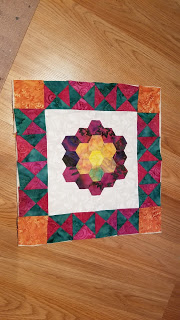