My Best Friend is in Town! (Nothing Quilty!) 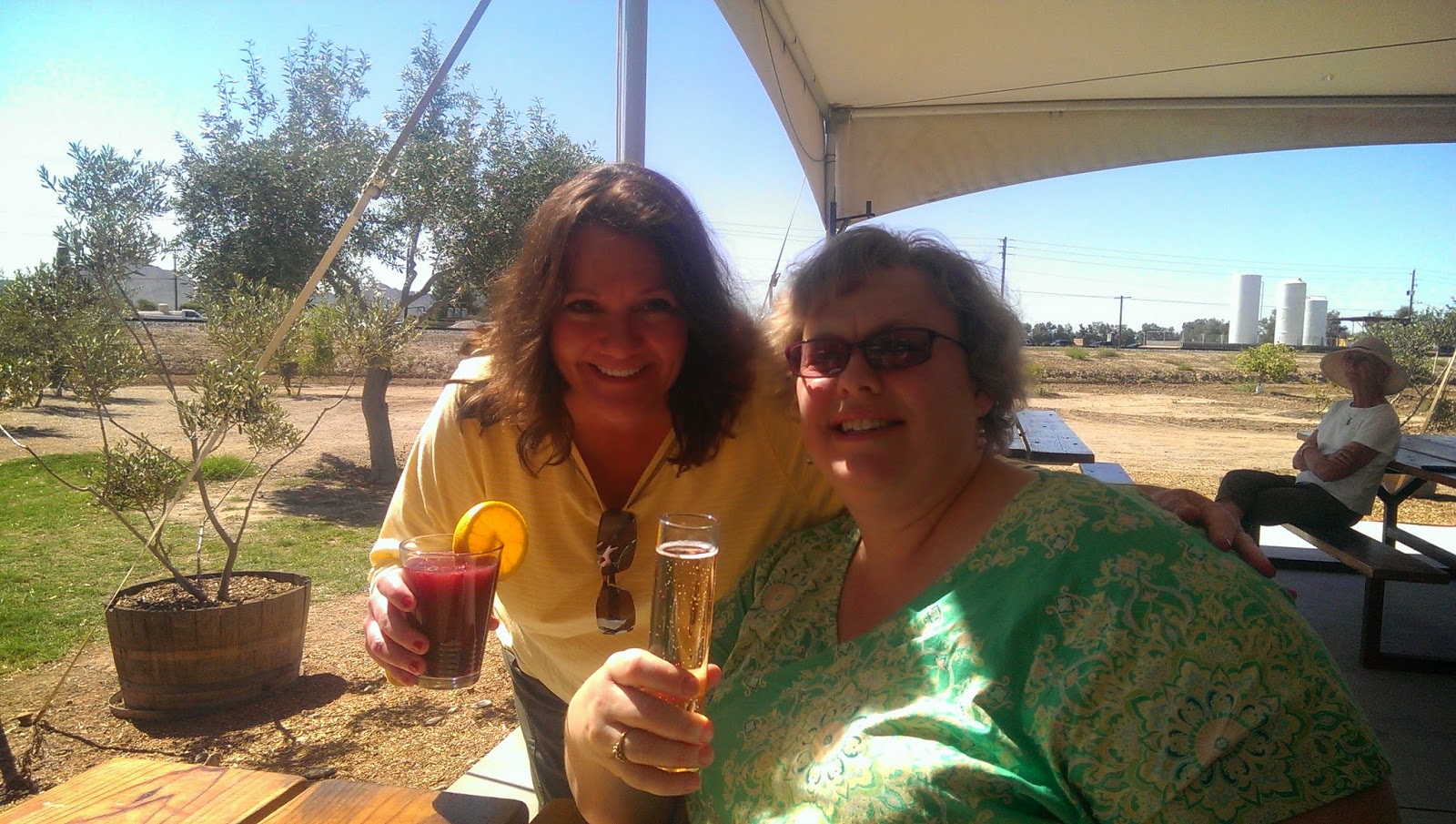 Monica is here for her second annual trip to Arizona!  She is only here a few days during her spring break, but we make the most of it!  Yesterday we went to the Queen Creek Olive Mill for lunch to check it out.  It was a great place and we will be going back.  I didn't know they had tours and all that or we might have planned more time there! 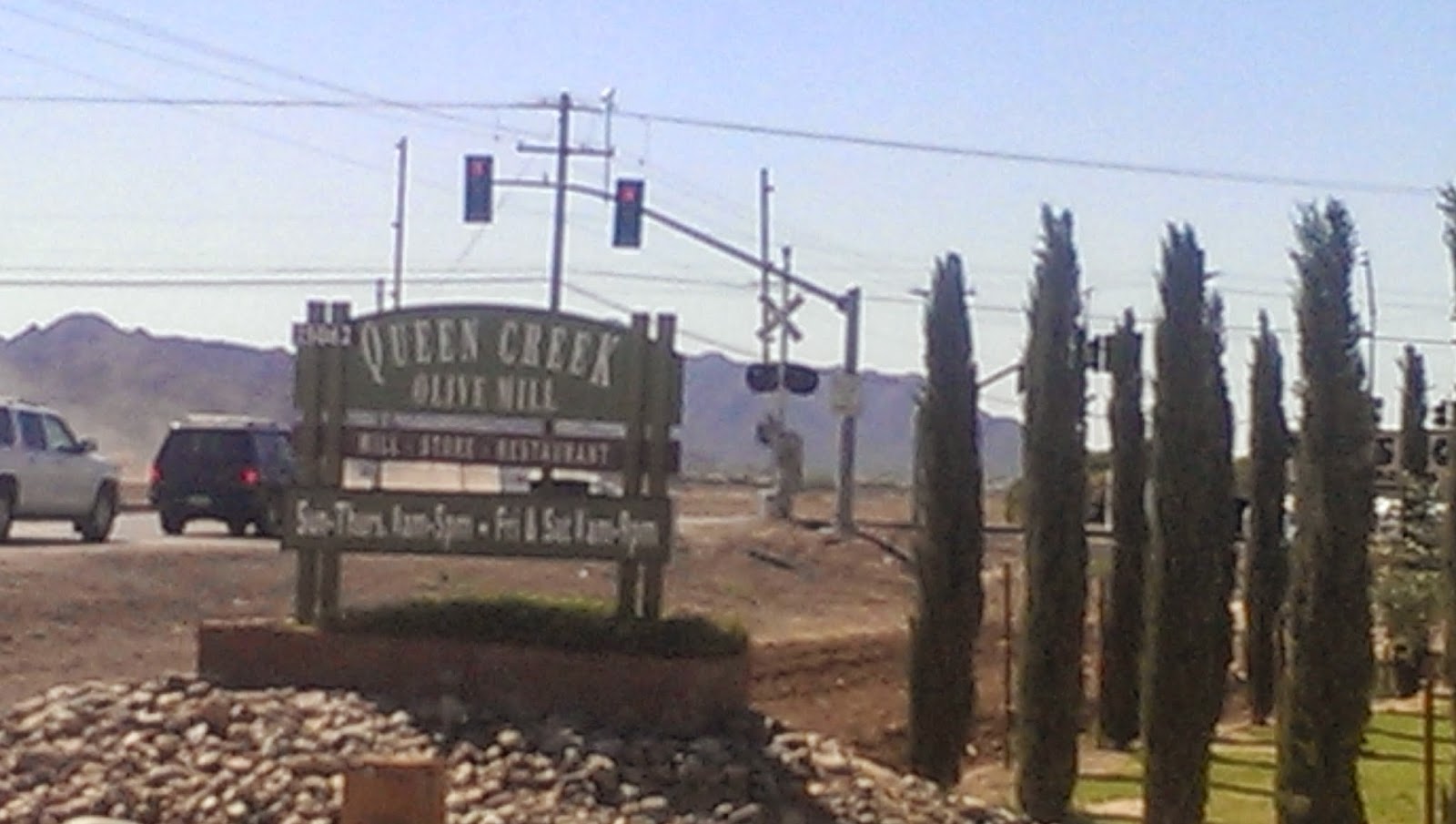 Next we went to Rawhide.  I have been there many times as a kid and even with my own kids, but only to the old one...this one was rebuilt really close to our home and I have always wanted to go.  I really recommend it if you like silly pictures or have kids that want to do all the fun kids stuff (panning for gold, petting zoo, carriage ride, etc.). 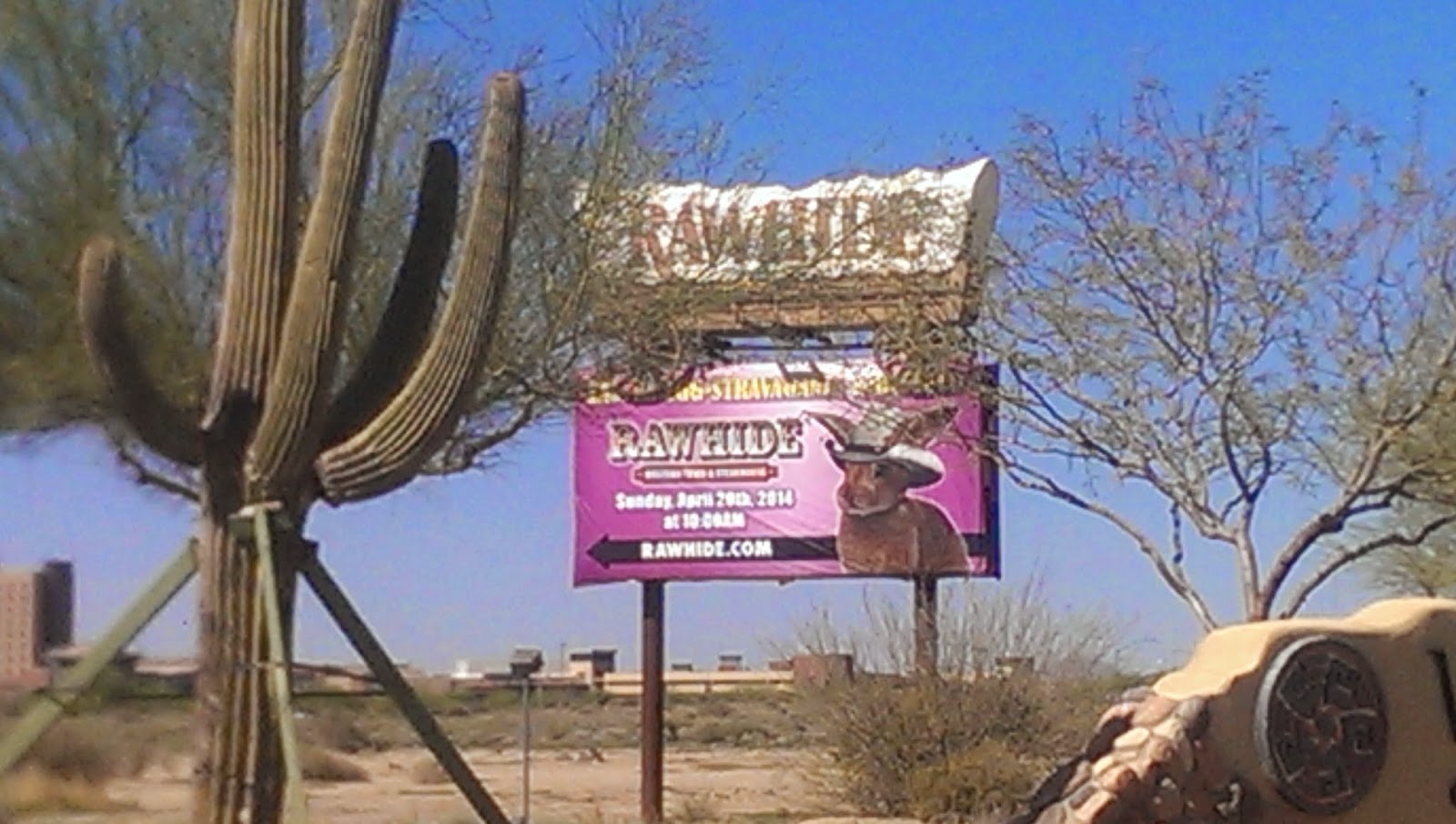 We could not resist the urge to dress up and get our picture taken.  I hope to do it again in a year much healthier!  I am getting in plenty of walking and am up to 13 minutes on the elliptical along with 20 on the bike.  Whoot, whoot.  Have not exactly been following my food plan, but have not gone completely off the rails either! 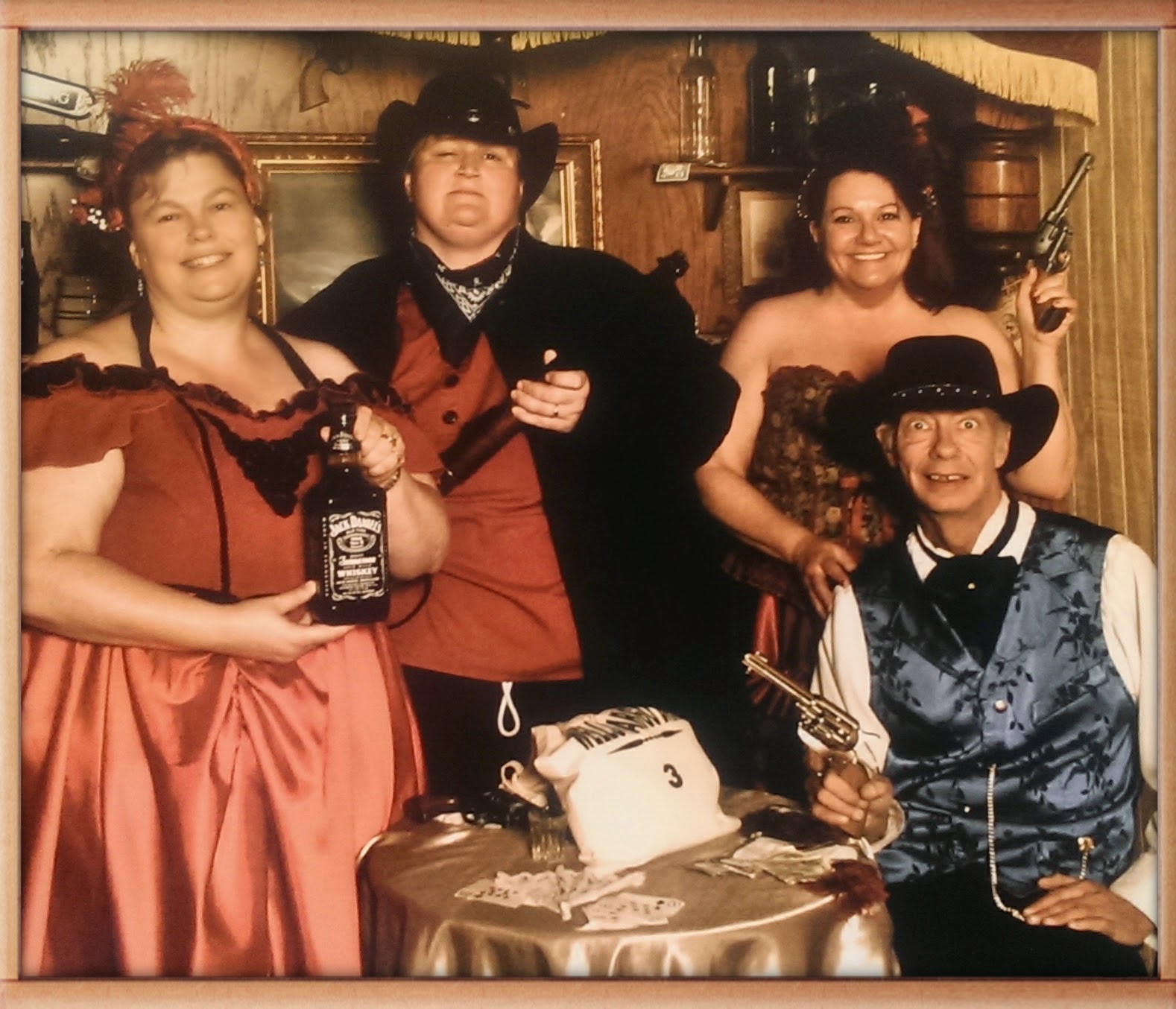 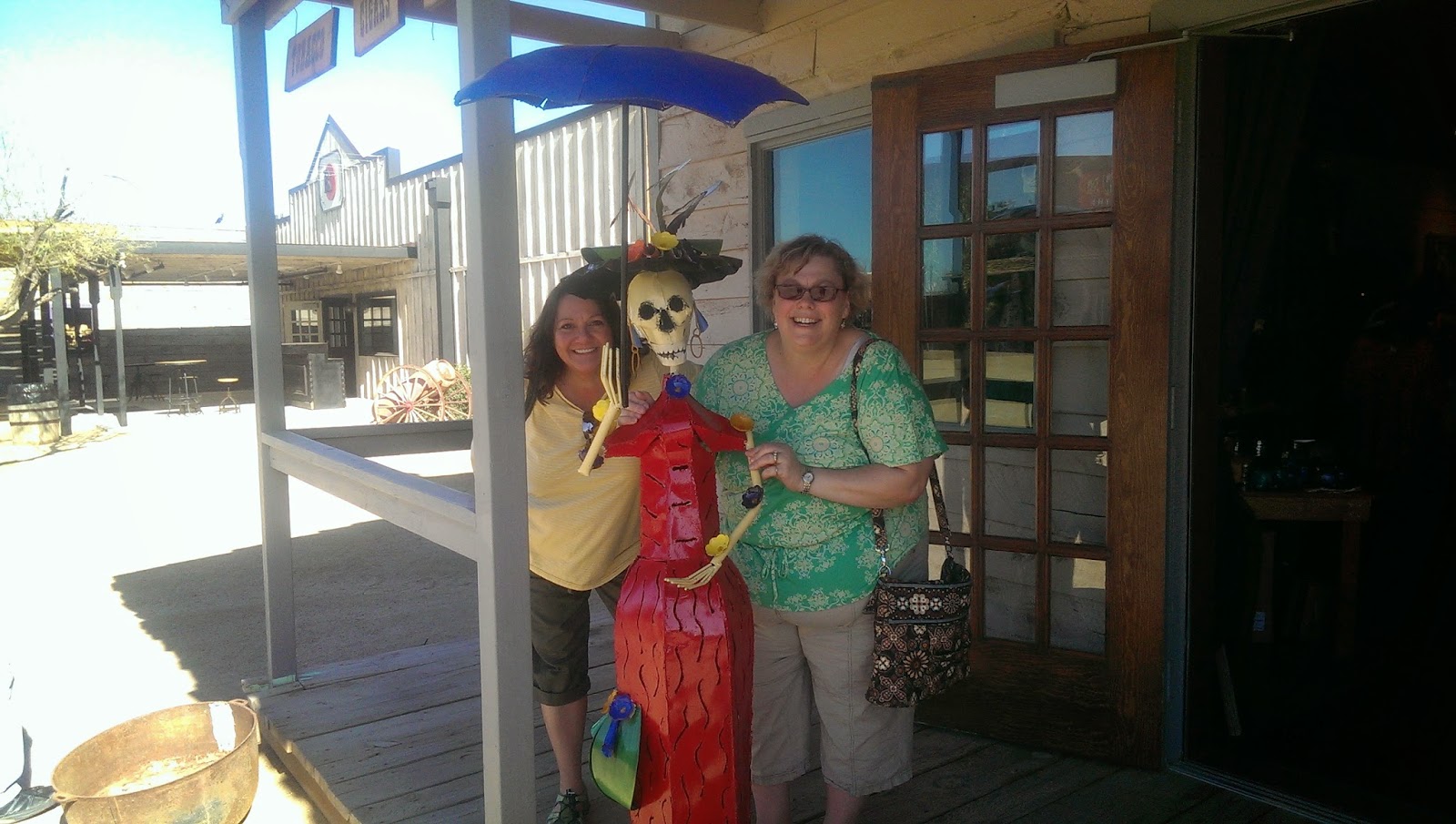 Could not resist posing with this metal day of the dead gal at Rawhide.  We then talked Coleman into joining us for a beer tasting at the SanTan brewery.  We had also never been there even though it is a few minutes from our house. 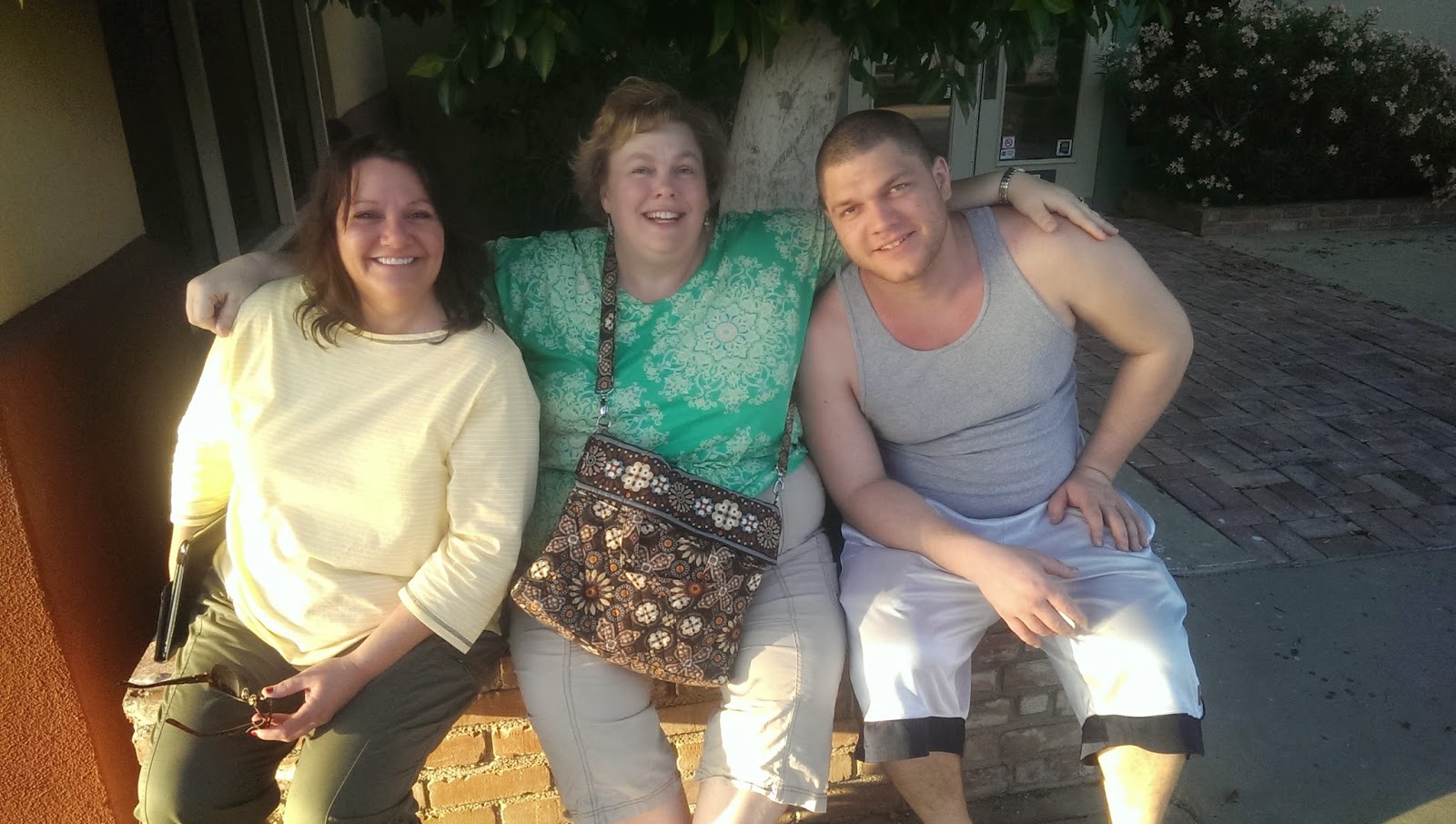 Kathy and I did not do the beer tasting, but I did sip some of most of them (I am not a huge beer fan unless you count Leienenkugal's Honeyveiss as a beer chaser!) but I did really like one--the lightest colored one they had.  That was Monica's favorite too. 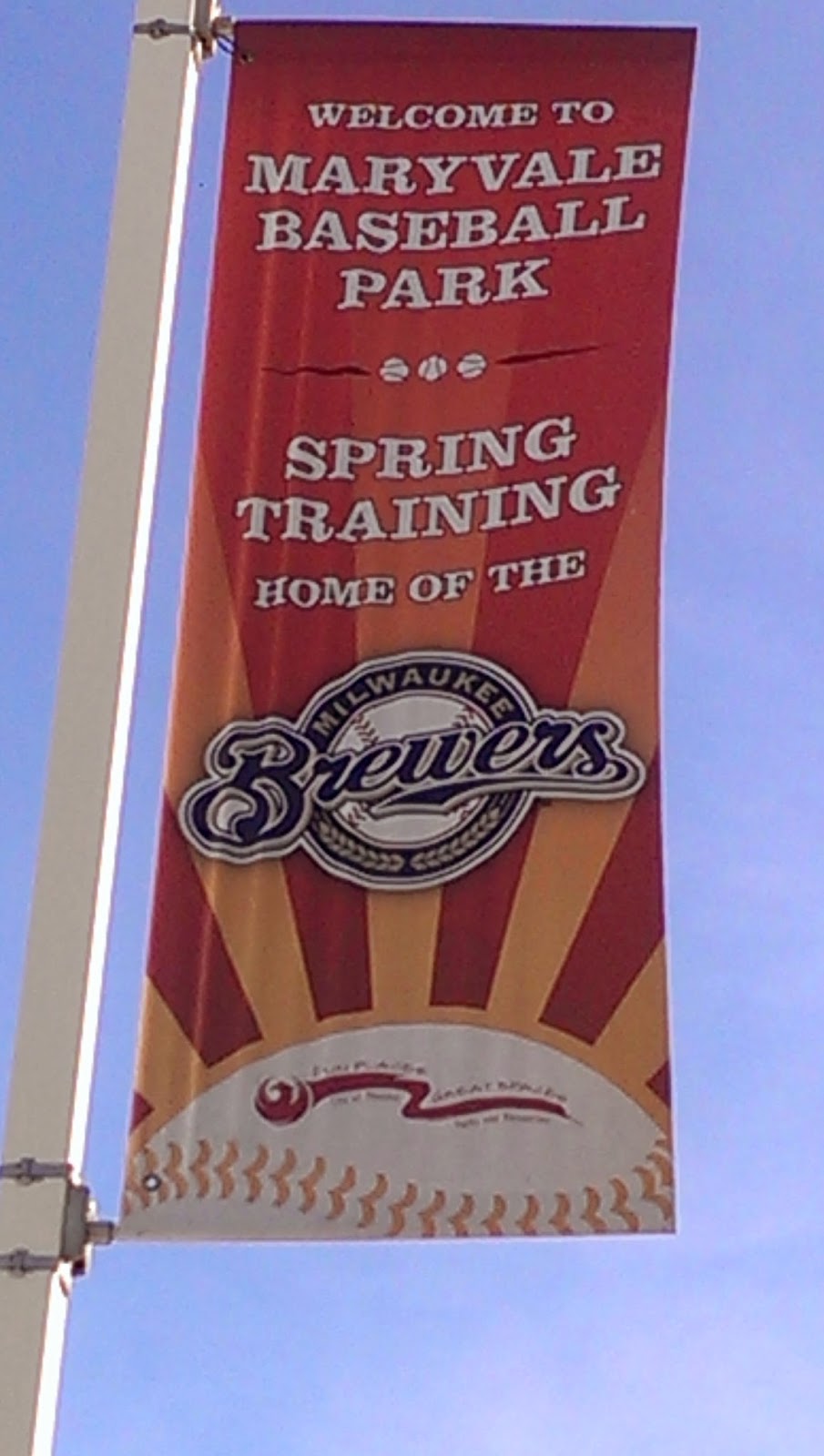 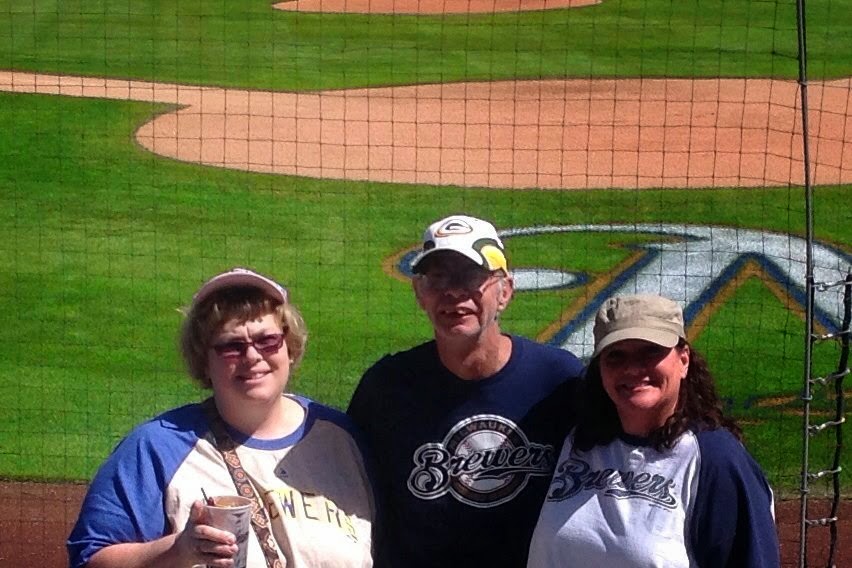 Today we went to see the Brewers (get beat by the White Sox) and it was tons of fun.  The weather was perfect--82 degrees (and apparently 28 degrees in Milwaukee!) and the crowd was mostly from or had ties to Wisconsin.  Most folks were in some sort of Wisconsin wear!  Of course we saw lots of Brewers clothing--even in green for St. Paddy's Day--but also so lots of Green Bay Packer shirts and even Badgers garb!  The funniest thing was when they announced some winner from "cheeh-tick"  which was understood by us to mean Chetek.  What a riot!
Nothing quilty is happening at the moment, but I cannot wait to get back to it!
Posted by Andee at 11:12 PM

Looks like you are having a great time with your girl friend. Hope you enjoy the rest of her stay.

Looks like tons of fun. The quilting time will be back before you know it.

Sounds like you are having a blast. Great job on increasing the time on the elliptical and bike. Just think how far you have come in just a week! Keep up the great work.