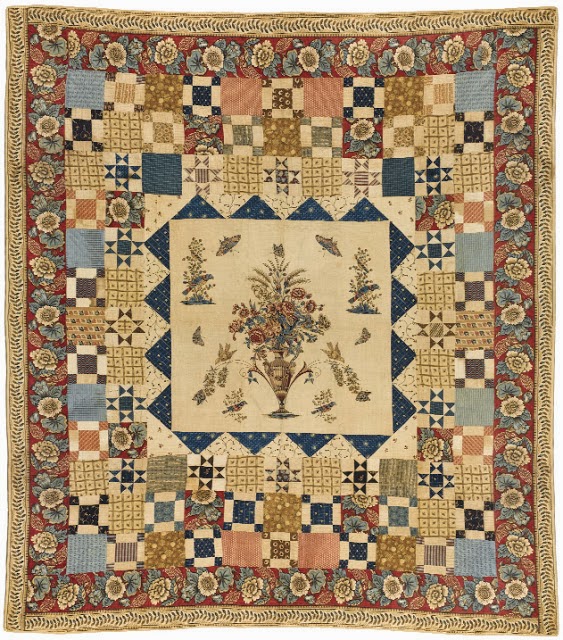 This quilt picture is from The War of 1812 Blog.  I originally saw a picture of this quilt (or one quite similar to it) in a magazine and have always wanted to make a medallion quilt.  Several years ago, while still in Wisconsin, I bought a reproduction Hewson Center and struggled with trying to replicate it from the start!  At the time the lemonye stars were absolutely undoable for me!  This quilt is in the collection of the American Folk Art Musuem and I think it is exquisite!  I still have the center and may try my hand at making a medallion with it one day now that I have tried the Modern Medallion and have had such good luck with it!
I have not made any more progress on my modern medallion.  I started sewing a few smaller paper pieced stars for possible corners, but so far am not loving them.  I cannot decide between another solid border (if so what color) or a pieced border of the various fabrics.  Funny, up til now it all came easier than I thought and I love it.  Now I keep thinking maybe I should stop before I ruin it!  Advice?  Do tell me what you think I should do because I am apparently STUCK! 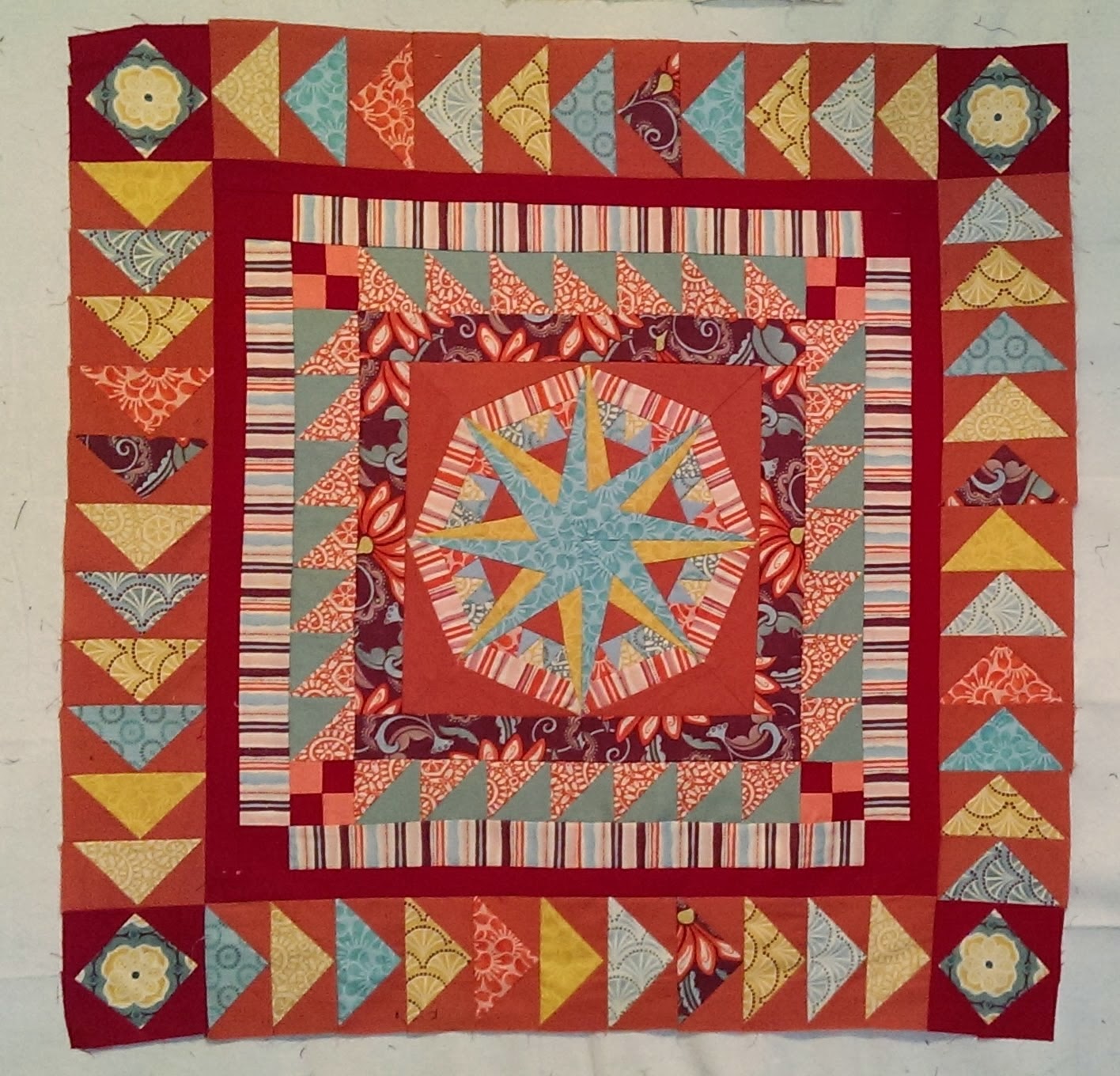 Linking up with MQG Ireland so you can see what the other folks are up to with their modern medallions!
Posted by Andee at 1:24 PM

It's looking so great - don't stop now! I'd be inclined to go for an unpieced border for a little breathing space - I always think you see the geese better when they're buffered by something less busy.Lets face it, after all that work you want to see those geese!! One of the paler blue-grays maybe? You could use your pp stars for cornerstones still. I understand about second guessing, though - I had a terrible time choosing my simplest border fabric!!

This looks lovely, I love looking at historic quilts any time I am in the States. I agree with Lynz, I would be inclined to have a plain bit then the pattern starts again

It looks really lovely so far. Grey would be good next or pick out a colour from the center, yellow or blue?

I agree with Lynz -- the geese will show well if set off with a plain edge. And I like the idea of a lighter value, maybe the goldy-yellow. BUT you're doing a great job and I'm sure whatever you pick will work well. Thanks for showing your progress!

looks good. i think that blue/grey solid you used with the HST round would work well in your next round.