The Start of Le Petite Projects and a Red Cross Quilt 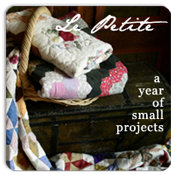 Last year's Year of Schnibbles was so much fun that I decided to go ahead and particpate in A Year of Small Projects this year. I only plan to make the patterns that appeal to me or that I have a need for. As in I don't need 12 more tabletoppers, but I can be creative and try to figure out where I can gift some of these little projects! 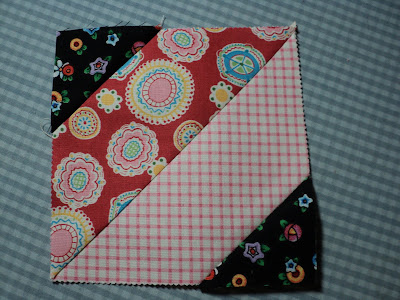 This was my first block. I actually broke free from the pattern a bit and used my Mary Englebreit flower fabric that was precut into triangles. This meant the blocks would be a bit bigger. I just went with it and cut my background fabric a half inch bigger and it turned out fine. Whew! So after the first block I realized that I really wanted to make the block which has the background on the other corners. So I started making those and here is the first block. 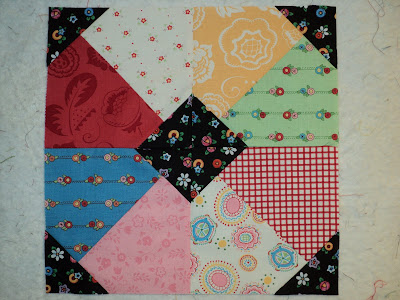 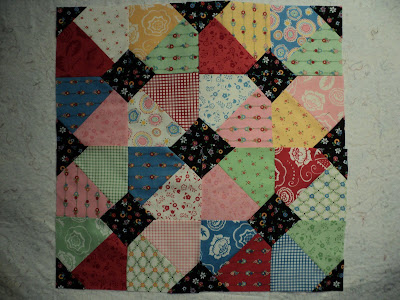 Here are four blocks together. I realized this would be a good size for a doll quilt, and I need to make a few more doll quilts for Christmas gifts so... 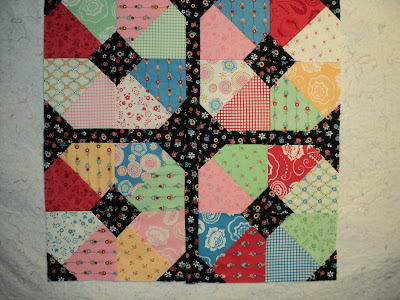 I added some sashing (half inch bigger than it called for since my blocks were bigger). 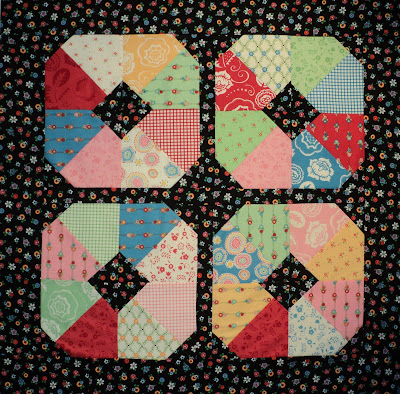 Then I added a border too. It is now more than big enough for a doll quilt. I think I will try to quilt it myself too.
I plan to make another one of these and have a few more blocks done.
I forgot to blog and tell you guys I got a bit crazy a month or so ago and ordered a bunch of fabric. I knew I had to get this sashing kit and backing for the Designer Mystery BOM eventually so I ordered that. 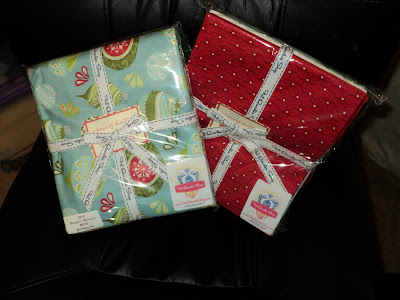 These were on sale or clearance and I couldn't resist. The gears were just too cute and the animals in the other set made me smile. 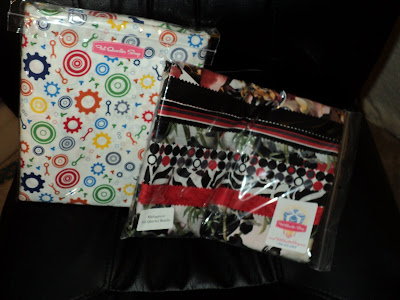 Last Thursday night was Quilt History class. We mostly talked about the Red Cross. Lynn set up a guest speaker to come and talk to the group. Paul used to work for the Red Cross and had quite a collection of clothing, pins, dolls, posters, veils, etc. to share with us along with a plethora of information. This picture is three of the gals admiring the hand stitching on this jacket. 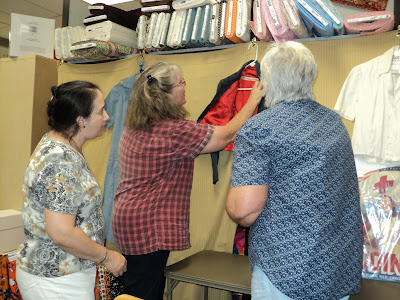 You can see some of the other thigns as well. 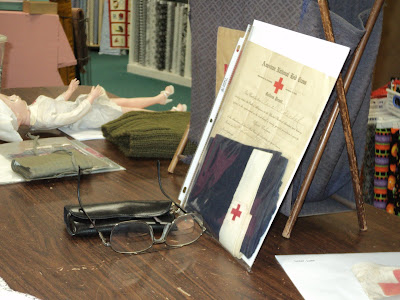 The best thing he shared with us was of course a Red Cross quilt. It had grey fabric on the back that matches the grey on the front so Paul was sure it was made by the Grey Ladies of the Red Cross. 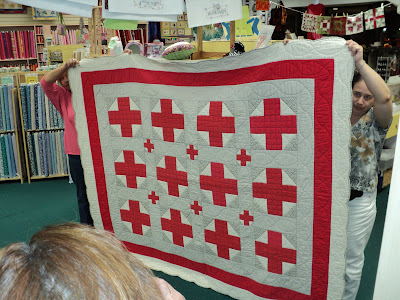 He also gave us each a pattern for a "housewife" to hold needles, thread, buttons and such that were issued by the red cross. He had a lot of patterns for things so that the ladies would make them all the same in certain colors and gauges and such. I had no idea it was that organized...really a bit military like! He also told us that www.redcross.org has free pdf patterns so I will need to check those out as well.
Posted by Andee at 9:10 PM

Your schnibble is so cute. The black corners and sashing really make it pop. What an adorable doll quilt.