I always enjoy taking stock of what I still have in progress.  Some things are getting regular attention and will be done before I know it, others are on the far back burner but it is fun to see what options I have if I need a break from my regular sewing schedule!  I used to do one quilt at a time start to finish (I used to read one book at a time too) but nowadays I just do lots of stuff (and read lots of books--thanks to Nook and Kindle) at a time!
Still in progress is my Mostly Denyse Schmidt Handsewn Hexies which seems to only get about twenty new hexies a year added to it!  Slow but steady and it will get done one day! 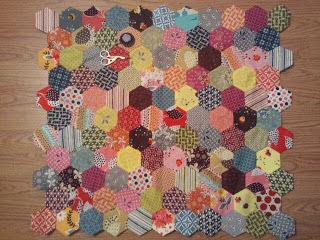 These are my Colonial Bluework blocks.  I have not worked on them in years!  I need to at least finish enough of them to sash them in blue and turn them into a top.  Now that I am into embroidery I think I will have to get out a block! 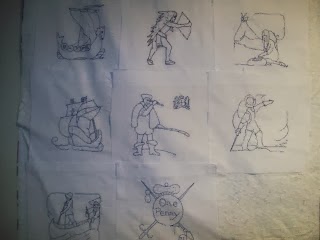 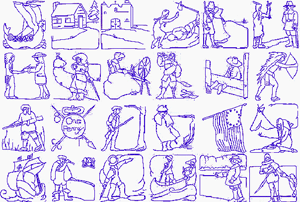 This is Bonnie Hunter's Wild and Goosey.  It is paper pieced and each block takes about an hour.  For awhile I was getting a block done each week and it was growing, then I took a bit of a break after showing it to Bonnie in February.  I set a goal of one block per weekend and since I do a Wild and Goosey check in every weekend on Quiltville's Open Studio's facebook group I have actually made a few extras too!  I decided this one was done awhile back and set it aside.  Later I decided I may add to it again so I still have it hanging out waiting to grow some more. 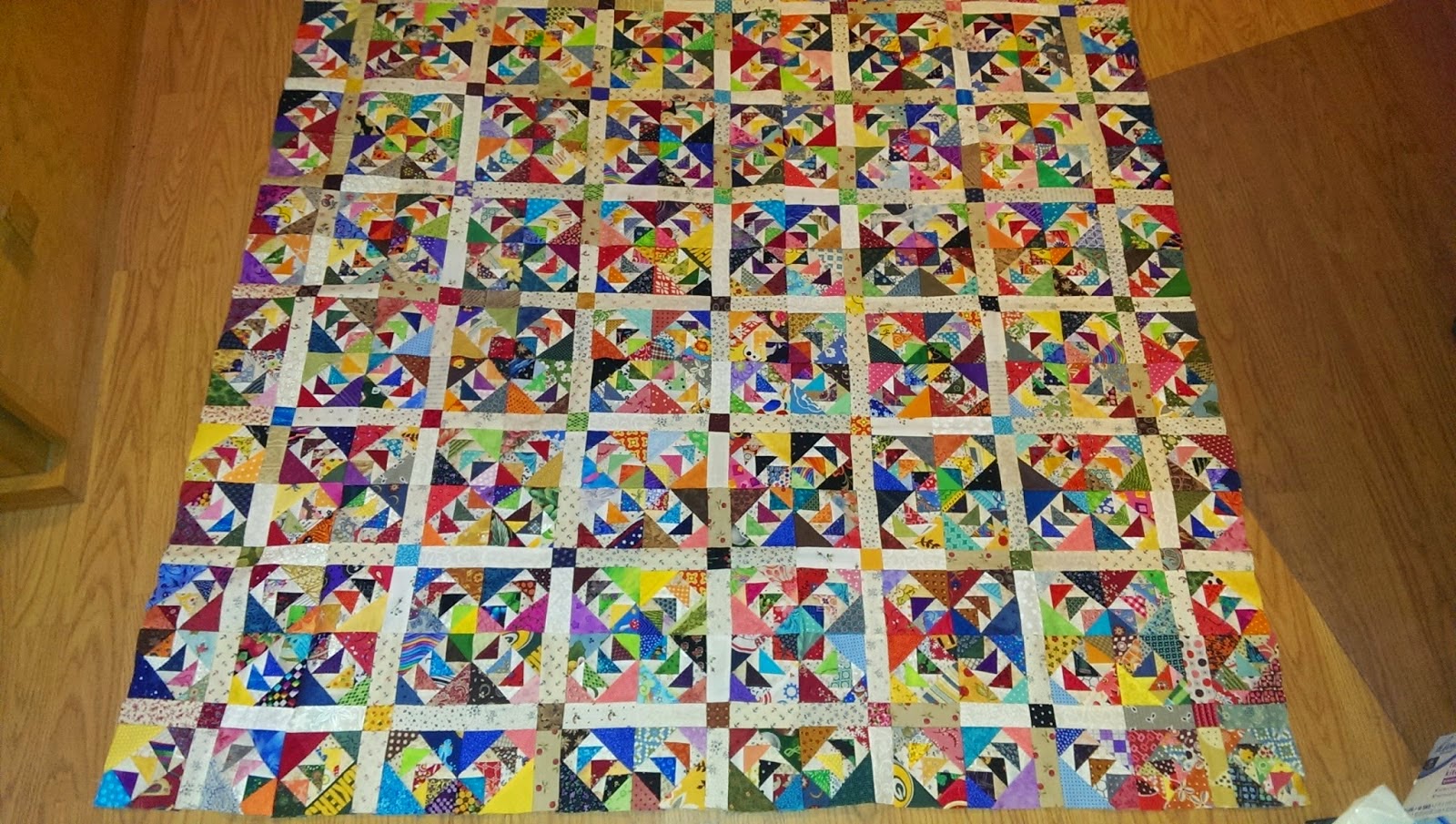 I decided to join the "Choose Your Own Blockalong" and make Tula Pink's City Sampler.  My goal was to make two blocks a week but I got tired of it and put it away for awhile.  And over a year later it still has not seen any progress! 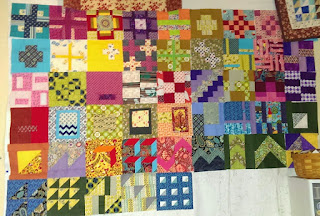 In 2015 I made the Rainbow Scrap Challenge Sampler.  Here is Angela's mock up of what it will look like.  I have been keeping up with the main blocks, but am quite behind on the alternate blocks.  I am pretty sure I have decided to continue this one next year where I do all the alternate blocks and piece it as I go.  I really enjoy working on the RSC blocks but have all the time I need to finish them!  I have not touched this one in a long while and I am honestly not sure what I still need to make for alternate blocks. 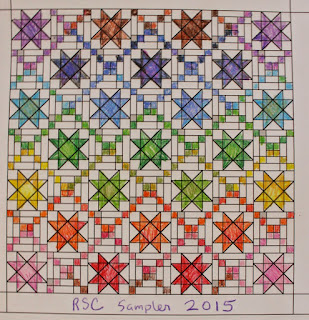 In 2015--I made two of the bitty blocks from Quiltmaker each month too.  I am hoping to make two samplers out of this, but who knows.  They were super fun to make though!  I do not even know where exactly these blocks are or if they made more progress.  I forgot all about them! 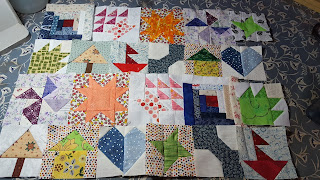 Circa 2016 by Temecula Quilt Company is also in progress needing more rounds. 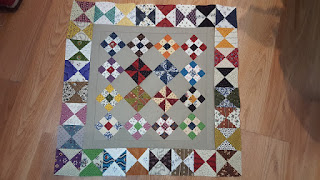 I took the Barb Janson workshop for making my own Landscape quilt and was really excited about getting out of my own little box to try it out but then summer came and we were out of town to Rocky Point a lot and it has just been sitting waiting for me to return to it!  I do not even think I have a picture of what I do have so far--mostly prep.

I joined this challenge and have made a plan of attack for getting these WIPs (ok UFOs) down!

I love your works! So many great quilts.!